Heaven Is a Place

by LSD and the Search for God 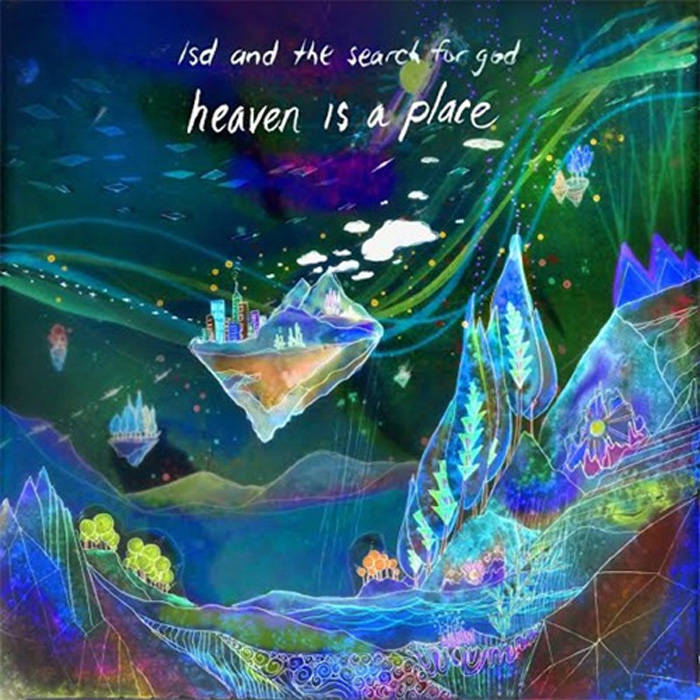 silentt29 The feeling I get when I hear that first track open, it's nearly indescribable. I love it! Favorite track: Heaven.

jemiahj I can listen to this album on repeat for an entire day, and keep hearing new nuances and details that make me smile. Share it with a friend; pass to the left. Favorite track: Outer Space (Long Way Home).

Josh Macaulay Hazy, beautiful, euphoric; this band epitomises all that is attractive about shoegaze and sends it into the stratosphere. The many years between releases has served only to ensure that the fans (myself included) have been eagerly awaiting new material. And this ep lives up to the hype, sending you on a rocket up to space to dance among the stars. All that's left to do now is to see them live and I will have lived a happy life.

Almost nine years to the day since the release of their first, self-titled EP, LSD and the Search for God dose us once again with their blissful new EP, Heaven Is a Place—out January 15, 2016, on Deep Space Recordings and Mind Expansion!

In the time between LSD records the band remained busy writing, recording, and performing, with this EP capturing a snapshot in time soon after the additions of Ryan Lescure and Ricky Maymi (Brian Jonestown Massacre). They've been perfecting their lucid live show up and down the U.S. West Coast and on tours across the U.S. and Canada, including sets at Austin Psych Fest Levitation (2013), Bathysphere (2013) with A Place To Bury Strangers, and Desert Stars Festival (2014) with The Dandy Warhols.

LSD twice toured the U.S. with legendary Creation Records band The Telescopes, with Liszt, Fifield, and Maymi doing double-duty each night, performing as members of both LSD and The Telescopes. This collaboration led to The Telescopes’ recording project in Los Angeles that resulted in two records: the acclaimed EP, Harm (Neon Sigh 2014), and a 7” single, Thrown (Genjing Records 2015).

Over the years, LSD and the Search for God’s cult-like following within the underground psych/space/shoegaze community has remained as passionate as ever, and this new EP picks up where they last left off—then blasts off for parts unknown.

“Heaven,” “(I Don't Think That We Should) Take It Slow,” and “Elizabeth” showcase the band at their best—swirling, reverb-drenched guitar chords, intertwined with shimmering male/female vocals—while “Outer Space” and “Without You” slow it down a bit and throw hazy, psychedelic guitar riffs into the mix. The obvious comparison to the Creation Records sound in its heyday is appropriate, yet LSD have definitely taken that noise and made it all their own.

On the heels of releasing Heaven Is a Place, the trip continues. In addition to more shows across the U.S. and Canada, LSD makes their European debut on a month-long tour in spring 2016, starting with the Cosmosis Festival in Manchester alongside The Jesus and Mary Chain, Wire, and The Raveonettes.

Make no mistake: LSD and the Search for God are here—now more than ever—and they're ready to solidify their rightful place as the sonic harbingers of blissed-out rock 'n’ roll!

All songs written, recorded, mixed and produced by heavengoing
Lyrics for "Elizabeth" written with Sophia

LSD and the Search for God San Francisco, California

Bandcamp Daily  your guide to the world of Bandcamp